The Joys of CPAC 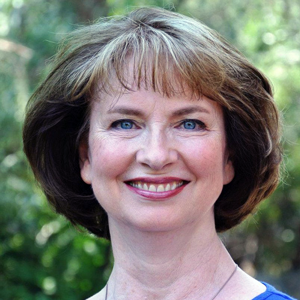 Every year in late February, the American Conservative Union holds a grand conclave known as the Conservative Political Action Conference.  The emphasis is always on the word “conservative”, referring to those Americans whose worldview encompasses the United States as a truly unique and exceptional nation.  Those qualifiers reflect the essence of America as a constitutional republic based on federalism, guaranteed individual political and property rights, a free-market economy. the rule of law, and the core moral values of the Judaic and Christian religions.

Traditionally held in the Washington, D.C. metropolitan area, in recent years CPAC has been held in Orlando, Florida, the move reflecting the conference’s need to assemble without the arbitrary strictures against large gatherings imposed by medical-health mandarins in the nation’s capital.   While putatively safeguarding the nation’s medical health in the face of the supposed Covid-19 pandemic, these federal bureaucrats have driven CPAC and its attendees to the warmer – and, ironically so, much more free — climes of Florida.   There, the nation’s premier pro-freedom governor, Ron DeSantis, has annually welcomed ACU from the CPAC podium on the confab’s first evening.

What makes CPAC such a grand event is that it attracts all those who are dedicated to the central American cause of preserving, protecting, and defending Essential Liberty, that rare amalgam of precepts, values, and principles that undergirds our nation and animated its founding in 1776.   By “all those”, we include politicians and those aspiring to public office; pundits; writers and journalists; filmmakers; broad-, cable-, and podcasters; and all manner of political activists, both paid and unpaid.  In a word, patriots.

Over four days, attendees meet, mingle, network and exchange ideas, and listen to speeches from elected and appointed leaders who now or earlier resided in the White House, Cabinet, and Congress; from heads of key political and social advocacy groups having significant policy impacts (such as the National Rifle Association and Judicial Watch); from savvy pundits, media stars, and academics; and occasionally from a popular Hollywood or country-music celebrity.  The time is rounded out with daily breakout sessions, where conference-goers can meet in smaller groups to hear late-breaking developments from well-known subject-matter experts on a variety of pressing issues.  The highlight is a lavish dinner capped by the delivery of a highly entertaining keynote address by a famous and beloved icon of the conservative movement.

For America’s patriots each year, CPAC never disappoints.  It is at once an exhilarating cavalcade of heady inspiration; a nourishing source of compelling ideas, information, and initiatives; and a launching pad for people’s activism and overall participation in the political processes of the nation.  For all those concerned with America’s present and future in every sphere, CPAC is the proverbial “shot in the arm” — a yearly jab of excitement that is guaranteed to joyously motivate and can have no ill or unhappy effects on its patrons’ well-being.   So, come and join us!