These are non-stop hard hitting movies that are a MUST SEE!

When Idaho Legislator Curtis Bowers wrote a "letter to the editor" about the drastic changes in America's culture, it became the feature story on the evening news, people protested at the Capitol, and for weeks the local newspapers were filled with responses. He realized then... he'd hit on something. Ask almost anyone and you'll hear, "Communism is dead! The Berlin Wall came down." Thought the word communism isn't used anymore, this film will show the ideas behind it are alive and well. Join Bowers for a fascinating look at the people and groups that have successfully targeted America's morality and freedom in their effort to grind America down. It's a well documented AGENDA.

AGENDA 2: MASTERS OF DECEIT "AGENDA is the most powerful expose of the communist, socialist, progressive attempt to take over America produced so far." -Ted Baehr, MovieGuide Filmmaker Curtis Bowers hit the road in 2010 with his film AGENDA, people began to wake up. AGENDA became one of the best selling independent documentaries of all time, and grass roots America finally had a tool to connect the dots. As he continued to travel, Bowers found that people were overwhelmed by the seeming myriad of issues they were facing. From the promotion of Islam to the propaganda of climate change, from the deceit of Common Core to the manufactured economic crisis, and from the manipulation of the Evangelical Church to the unsustainable debt burden, it seemed as if America had a hundred different enemies with a hundred different agendas. But he knew from his research that wasn't the case. "The issue is never the issue. The issue is always the revolution." Join Curtis Bowers as he heads out again to expose the Masters of Deceit and their purposeful, premeditated, treasonous attacks on our freedom.

Enemies Within Movie  “The Enemies Within” profiles fourteen Senators and more than fifty Representatives.  Their ties to Communist Party USA, Democratic Socialists of America, Workers World Party, the Institute for Policy Studies,Council for a Livable World and other radical anti-American organizations.

There are no reviews yet.

Be the first to review “DVD TRI-PACK: AGENDA 1 & 2 and ENEMIES WITHIN DVD” Cancel reply

If you would like to order by mail, please mail checks made out to “Exposing the Enemies Within” to: 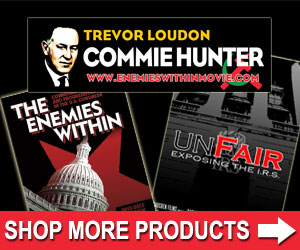