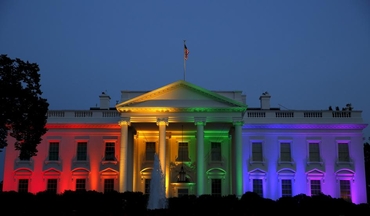 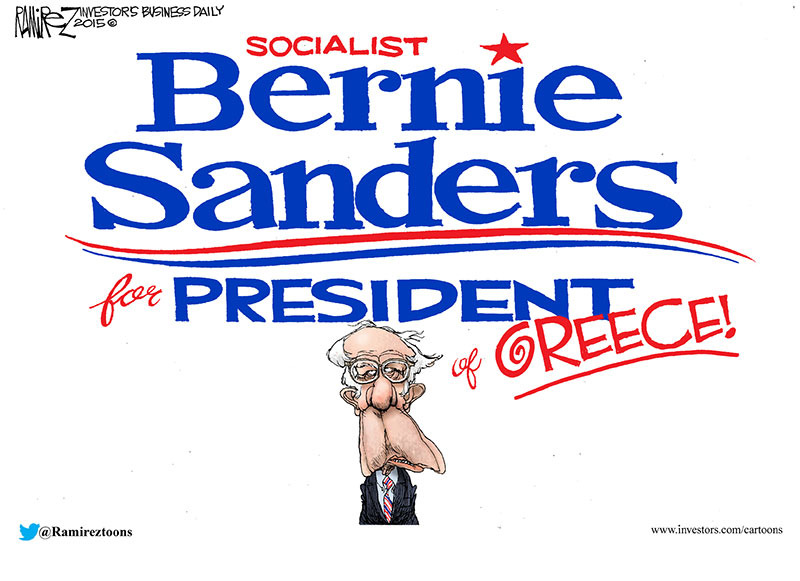 On every question of construction, let us carry ourselves back to the time when the Constitution was adopted, recollect the spirit manifested in the debates, and instead of trying what meaning may be squeezed out of the text, or invented against it, conform to the probable one in which it was passed. – Thomas Jefferson, letter to William Johnson, June 12, 1823

It does not require a majority to prevail, but rather an irate, tireless minority keen to set brush fires in people’s minds. – Samuel Adams

This week’s winning essay, The Noisy Room’s – The End Of Constitutional Government is a tour de force… her reaction to last week’s Supreme Court decisions. Here’s a slice:

It’s been an historic week and although I am not surprised by the Supreme Court decisions, they saddened me beyond belief. I have sadly come to the conclusion that many of my colleagues are correct… our Constitutional form of government is now dead and Obama’s transformative ‘change’ is all but complete.

Things are now snowballing and it is more than most Americans can take or bear. From gay marriage and the ensuing infringement on free speech and our religious rights, to enforced Obamacare, to forced wealth redistibution in our neighborhoods, to the EPA run amok… our freedoms are being absolutely nullified. States are now saying they won’t comply with the EPA on coal and who can blame them? Americans will get very dangerous when they are hungry and cold. And then there is the Iran deadline, which is this weekend. Instead of holding their feet to fire, we are actually giving Iran nuclear reactors while they shout, “Death to America!” in their parliament. Insanity is the norm now. Then there is the increased Islamic State threat on our southern border and the attacks on our power grid coming down the pike. It’s surreal and all instigated, manipulated and planned for by our government – the ultimate enemy from within.

Adding to the tyrannical frenzy of the aftermath of the mass shooting in South Carolina, evidently America is cool with censoring her own history, but wants to hang on to the likes of Nazi Germany and bloody communist regimes. Satanism is still in vogue it would seem as well… but if you are a lover of the Confederate flag, well, you should be summarily burned at the stake. Let’s not leave out Stalin or concentration camps as making the ‘cool’ list either. And it goes without saying that Che Guevara is tres chic. Prohibition of thought and our history is all the rage now. No doubt next on the censorship bandwagon… burning books and thought police. Oh, wait… The flaming lynch mob mentality of Progressives is burning through businesses across the former land of the free. They are feeling immense pressure to conform and be politically correct. None of them seem to have a spine. This is insane. Not only are they banning all Confederate flags and calling for Civil War statues to be taken down (which is erasing American history), they are getting rid of General Lee, an orange Dodge Charger from “The Dukes of Hazzard.” Walmart and Amazon have stopped selling anything having to do with the Confederate flag, but Walmart is still selling Che Guevara shirts, as well as Castro memorabilia and Iranian flags. Apple just removed Civil War Games from their App Store. South Carolina, Louisiana, Alabama and Kentucky are all removing Confederate flags as well. It’s an all you can eat buffet of political correctness feeding a ‘get em!’ move by Progressives. Now, they want to ban Gone With The Wind. We have literally plummeted down the rabbit hole and are sipping tea with the Mad Hatter. The Constitution is now being replaced with censorship and regulation – it’s incomprehensible.

At least one good thing came out of the Supreme Court this week. During the Great Depression, the government decided that prices paid to farmers were too low and undertook to correct the problem by limiting their output. It was a fascist move then and is still one now. It is sheer theft. Marvin and Laura Horne decided not to play that game and took their beef all the way to the Supreme Court – raisin hell, so-to-speak. And they won on Monday! The feds claimed they owed $700,000 because they would not surrender 47% of their crop for over a decade to the government with no compensation. Not even the left-leaning Supremes could let that one slide. 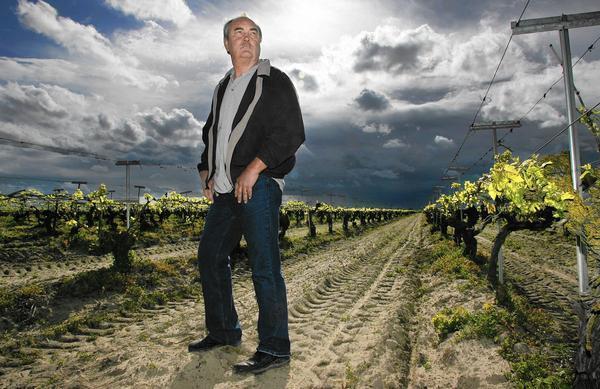 Raisin farmer Marvin Horne stands in a field of grapevines planted next to his home in
Kerman, Calif. Horne was accused of violating a 1937 federal rule that regulates raisin prices
by setting aside a percentage of crop to avoid a glut. (Gary Kazanjian, AP)

The Raisin Administrative Committee, which operates under the supervision of the USDA, sells or gives away the raisins it takes, with the proceeds going to cover its operating costs, storage fees and promotional efforts abroad. If any money is left, the farmers get some of it. If not, they receive nada. Looks like the Road to Serfdom has been detoured on this issue, at least for now. The unconstitutional theft being imposed on farmers such as the Hornes is no more. But at least these raisin farmers can get back to raising their crops and taking care of business – liberal fascism has moved on to the next hot topic.

Then there was the ultimate betrayal by Justice Roberts and the ruling in favor of Obamacare this week. The ruling stomped all over state’s rights and bent over backwards to reinterpret the Obamacare statute in favor of federal exchanges. “The somersaults of statutory interpretation they [the Justices of the Supreme Court] have performed …will be cited by litigants endlessly, to the confusion of honest jurisprudence,” concludes Justice Antonin Scalia in his dissent, joined by Justices Clarence Thomas and Sam Alito. “And the cases will publish forever the discouraging truth that the Supreme Court of the United States favors some laws over others, and is prepared to do whatever it takes to uphold and assist its favorites.”

In our non-Council category, the winner was Sultan Knish with No Truce With the Left, submitted by The Independent Sentinel. The title pretty much speaks for itself.

Here are this week’s full results. Ask Marion, Don Surber and Puma By Design were unable to vote this week, but none of them were subject to the mandatory 2/3 vote penalty for not voting: