Here are this week’s nominees…

Don Surber: Donald Trump (Mustela badhairus) decided that a Silver Star recipient who spent 5 1/2 years as a tortured POW isn’t a hero.This comes from a man who ducked Vietnam. Thank you DT for raising the issue of defending the border, now kindly slither back under the rock you came from.

The Noisy Room: My nomination this week is Andrea Mitchell. Andrea Mitchell is an unmitigated media hack. She simply hates the Constitution and abhors the Second Amendment and guns. Naturally, she would spin it that the Chattanooga military massacre has nothing to do with this murdering scum being a radical Islamist. Oh, no… she tried to twist it into Mohammad Youssuf Abdulazeez being a Southern redneck, gun-toting nut. I’m surprised she didn’t throw in the Confederate flag for good measure. Typical Marxist bull crap. Mitchell’s Progressive, lying tactics are legendary. You know what? This dirt bag’s only known acquaintance with guns was the fact that just weeks before the shooting, he went to a gun range with three other bearded Islamists to practice shooting an AR-15. And I’ll bet it wasn’t for hunting practice, unless of course you count hunting infidels as sport. Which, I’m sure he did.

From The Washington Free Beacon:

MSNBC host Andrea Mitchell went fishing for a better angle Friday when she asked a former classmate of Chattanooga mass murderer Mohammad Youssuf Abdulazeez whether he enjoyed “hunting” and other “small-town Tennessee activity.”

“Were guns a big part of activities—social or other activities?” Mitchell asked her interviewee abruptly.

“What?” her interviewee responded.

“Did he hunt, did he shoot?” Mitchell prodded. “Was that just part of small-town Tennessee activity?”

“Um, he actually wasn’t one of the guys I heard about going hunting,” Abdulazeez’s classmate responded. “He wasn’t really that kind of guy.”

Mitchell is a vocal opponent of the widespread availability of firearms.

Mitchell blathers on about how painful it must have been for the terrorist’s friends. What about the families and loved ones of the four Marines and the one Navy officer he gunned down? Hmmm? Where’s your crocodile tears for them, Andrea? Who cares what the scum was like in high school or in everyday life. Normal? Really? He was so nice… he murdered a bunch of people and Mitchell can’t wait to blame it on the evil black guns! Even the terrorist’s school chum was taken aback by Mitchell asking about guns and his ‘Tennessee lifestyle.’ How insulting. How condescending. Focusing on the creep’s looks and personality, while the blood of our warriors seeps into the ground crying for justice. It’s grotesque, just like fascist, elitist Andrea Mitchell is. A Southern redneck does not an Islamic Jihadist make and a washed up hack from MSNBC does a lousy job of not only reporting and doing a political spin job, but in feigning humanity. For this and a million other crappy things she has pulled over the years on MSNBC, Mitchell gets my nod as a weasel supreme. 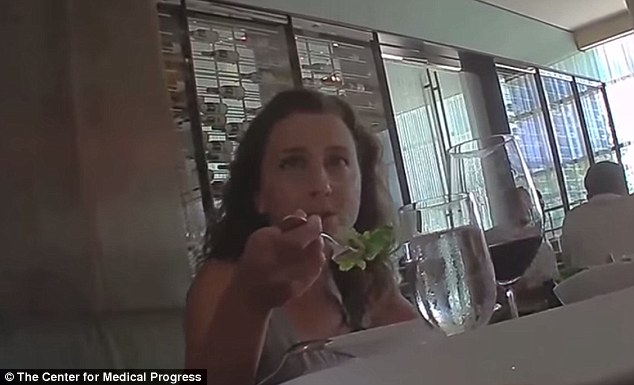 Puma By Design: My nomination for scuzzbucket Weasel of the Week award is Dr. Deborah Nucatola, senior director of medical research, Planned Parenthood. The thought of aborting innocent babies is horrific enough but to perform such an act in a way that preserves specific body parts for profit is even more unethical. The ability of this woman to discuss the sale of aborted baby body parts and the method of fulfilling the transaction while sipping wine and munching on a salad is evil as is the mindset of those who believe that what they do is for the greater good.