* Satire, but you won’t believe what Hillary is doing on tax policy. It is virtually identical to Bill’s 1992 platform, when he made sweeping promises to enact a big middle class tax cut then denied it after being elected. This is surely Hillary’s plan too. After all it worked once, and those stupid Americans won’t remember… 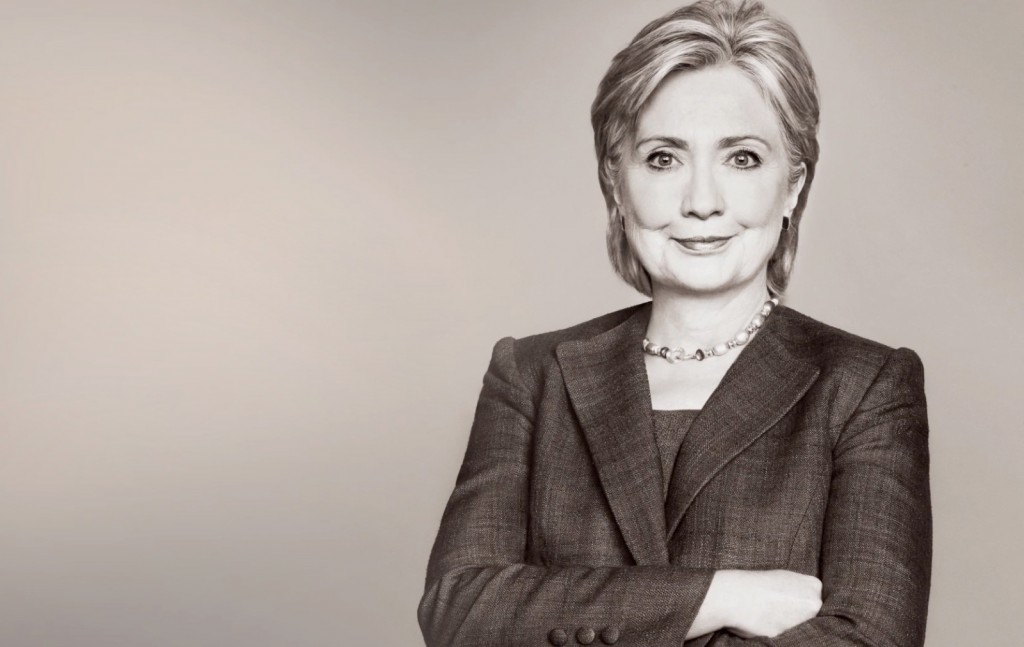 Imagining a Clinton presidency in its earliest stages

Here, with a little imagination and a little kicking back, is the inside track on what Hillary Clinton’s highest policy priorities might be during her first 100 days in the Oval Office, should that come to pass.

Domestic Policy
Make college affordable: In launching a new consumer-friendly college loan program, Hillary takes her inspiration from former Fannie Mae CEO Frank Raines, who promised the agency would underwrite $3 trillion in subprime mortgages to help the “little guy.” After all, homeownership is a civil right. The ensuing mortgage meltdown was just bad timing. But it was Bush’s fault anyway. Well, a college education is a civil right too!

In explaining her rationale for the program, Hillary describes her touching personal brush with poverty and her enduring identification with the lower classes. “We came out of the White House not only dead broke, but in debt. We had no money when we got there and we struggled to piece together the resources for mortgages, for houses, for Chelsea’s education. It was not easy.”

Hillary’s new program guarantees that no American (including the Clintons) will ever have to suffer the deprivation she and her family were forced to endure in order to send Chelsea to Stanford University.

Tax Policy
Wealthiest pay their fair share: Hillary’s tax policy is simple — the rich make too much money. It is not fair! As senator, she heroically opposed the Bush tax cuts, saying, “Many of you are well enough off that the tax cuts may have helped you. We’re saying that for America to get back on track, we’re probably going to cut that short and not give it to you. We’re going to take things away from you on behalf of the common good.” She brings this refreshing attitude to her new job. Her new plan promises to “Reform our tax code so that the wealthiest pay their fair share.” After all, the top 20 percent of income earners pay a mere 84 percent of all income taxes. Clearly, not enough.

Middle class tax cut: Yes, you read that right. Hillary proposes a big middle-class tax cut just like hubby Bill did in his 1992 campaign. But don’t worry. Remember what Bill did after his election? Raised everyone’s taxes! Hillary plans to do the exact same thing. Bait and switch. Tee, hee, hee. Like our good friend Jonathan Gruber says, those stupid Americans will believe anything.

Economic Policy
Raise middle-class incomes: Hillary says “it’s time to raise incomes for hard-working Americans.” She plans to do this by 1) increasing the minimum wage (because $15 an hour just isn’t enough); 2) expanding overtime (whether companies need it or not); 3) encouraging companies to profit share with employees — about time; 4) strengthening Obamacare; and 5) increasing workers’ pay and benefits, plus a lot more paid leave.

Why hasn’t anyone ever thought of this before? While it may seem that all these things cost companies money, Hillary has an answer to that too: Expand employment opportunities.

Foreign Policy
As we all know, foreign policy is one of Hillary’s strong points given her time as President Obama’s secretary of state. Her tenure was marked by numerous foreign policy challenges, all of which she met with characteristic Clinton class and determination. Benghazi, as we all know, was Bush’s fault. And for those who question her handling of the affair, she asks in her characteristically presidential tone, “What difference, at this point, does it make?”

When queried about her vast knowledge of Islam and Islamic terrorism, Hillary credits, surprisingly, her daughter, Chelsea. “I have to admit that a good deal of what my husband and I have learned [about Islam] has come from my daughter. [As] some of you who are our friends know, she took a course last year in Islamic history.” Think of it. A woman with such a breadth of foreign policy experience credits her daughter! She took a course. That makes Hillary a true expert.

Energy Policy
Power the economy of tomorrow: This brilliant program expresses the aspirations of millions of Americans in reducing our carbon footprint. In announcing her plan she says, “You know, we can’t keep talking about our dependence on foreign oil and the need to deal with global warming and the challenge that it poses to our climate and to God’s creation and just let business as usual go on, and that means something has to be taken away from some people.”

Hillary’s plan is to put 500 million solar panels on roofs across America — for free — and increase green energy to 33 percent of the total by 2027. Of course, to see it through will require a third Hillary term, but who could oppose that?

While American energy producers will suffer after years of raping the planet, China and Taiwan, which produce 70 percent of the world’s photovoltaic cells, will prosper immeasurably, redistributing income to those parts of the world that really deserve it. So this environmentally friendly measure will be a boon for international trade.

But not all U.S. companies will suffer. Perish the thought. Hillary will made sure tax dollars flow in the right direction and boost the American economy at the same time. Companies to benefit include First Solar, whose investors include major Obama campaign bundlers, billionaire Paul Tudor Jones, green thumber Al Gore, Ted Turner, Goldman Sachs.

First Solar’s CEO is Michael Ahearn, a former fundraiser for both Obama and Sen. Harry Reid of Nevada. Another one, NRG Energy, got a $1.2 billion Department of Energy loan guarantee from the Obama administration, whose bundler, Arvia Few, was married to then NRG executive vice president Jason Few. What a coincidence, no? NRG will now be able to afford even more green energy jobs.

Finally, it looks like Elon Musk, president of SolarCity, Tesla Motors, and a major Clinton Library donor, will be able to snag even more tax money to fund his government-subsidized electric sports car.

In this scenario, we now have a president willing to tackle America’s greatest national security threat, global warming, while boosting the world economy at the same time. It is not for nothing that Hillary Clinton has been called “the smartest woman in the world.”

Hillary 2024! Because, after all, the first woman president deserves at least three terms.