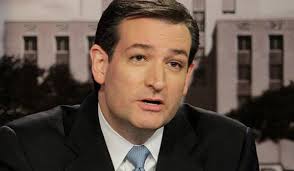 A note from a reader struck a chord with me and I thought I’d pass it along, edited slightly for clarity:

John Kerry is lying when he claims he doesn’t know what is in the Iranian side deals. He would rather pretend ignorance than admit their contents.

No one calls the ruling class on their lies. With a dysfunctional media — that is now fully intertwined with the government — the American people are left bereft of real news and thoughtful analysis.

We live in an alternate reality. Nothing is real, except their lies and only their lies. Lies are now the truth.

As for me, I believe the secret side deals with Iran are quite specific. Incredibly specific.

And I believe they call for an international military alliance and a protective force for Iran. An international force, sponsored by the United Nations.

And that deal is to protect Iran… from Israel.

We already knew this administration represented an existential threat to Israel, from the 1967 “Holocaust borders” to its repeated intelligence leaks.

This sets the stage, ladies and gentlemen, for global aggression. Against Israel. And reprisals. Financial. Diplomatic. Even the boys in blue, firing their weapons for the very first time in recorded history.